Meet Chicken Jumper, the first and definitely not the last game that I have worked on to be released for mobile platforms, out now on Android, iOS and Windows phone.

RUN! The crazy Felix the Fox is HUNGRY! And he has a massive craving for CHICKEN! Jump between the clouds and use the super power-ups to escape Felix's grasp! How long can YOU survive!? High speed arcade action! Fun, colourful graphics! Collect super power-ups! 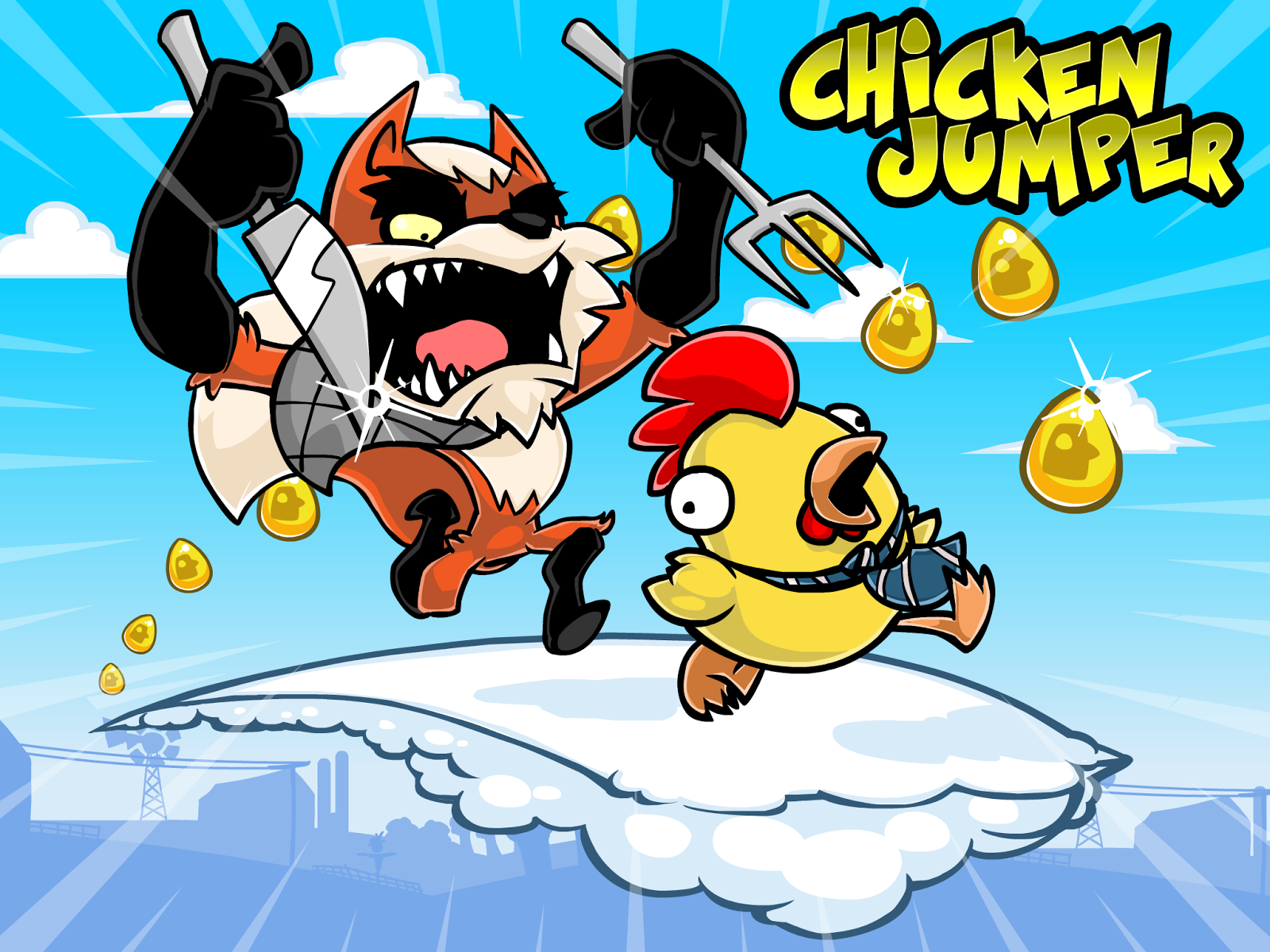 Working with Unity2D, this side scrolling endless runner will have you fighting over high scores as you try to be the best out of your friends. Development of this game was relatively short compared the the other game that is awaiting release as I write this.

The game itself has been designed by 5 girls from a local school, who had the chance to design a game that would be made by Troll inc with the original aim to be released solely on iOS.

Development on this game really began three weeks ago, where we all sat down and read through the application for the game and tried to figure out how the game would play and recognise the limits we had with the time given.

It was originally planned to use the 2D toolkit to speed up production time, but after some discussion it was decided by the programmers that we would rather start from scratch and adapt code from the toolkit, rather than trying to understand the sample code, without guarantee that it would have been what we needed or wanted the game to feel like.

After two days we were starting to get somewhere with the game, controls were coming together, level design was starting to come together, sounds had been recorded and art for the chicken and the fox was complete. It was starting to become a real game. With the original challenge of getting the app finished within one week it was a real rush to try and get the game finished "on time and under budget". 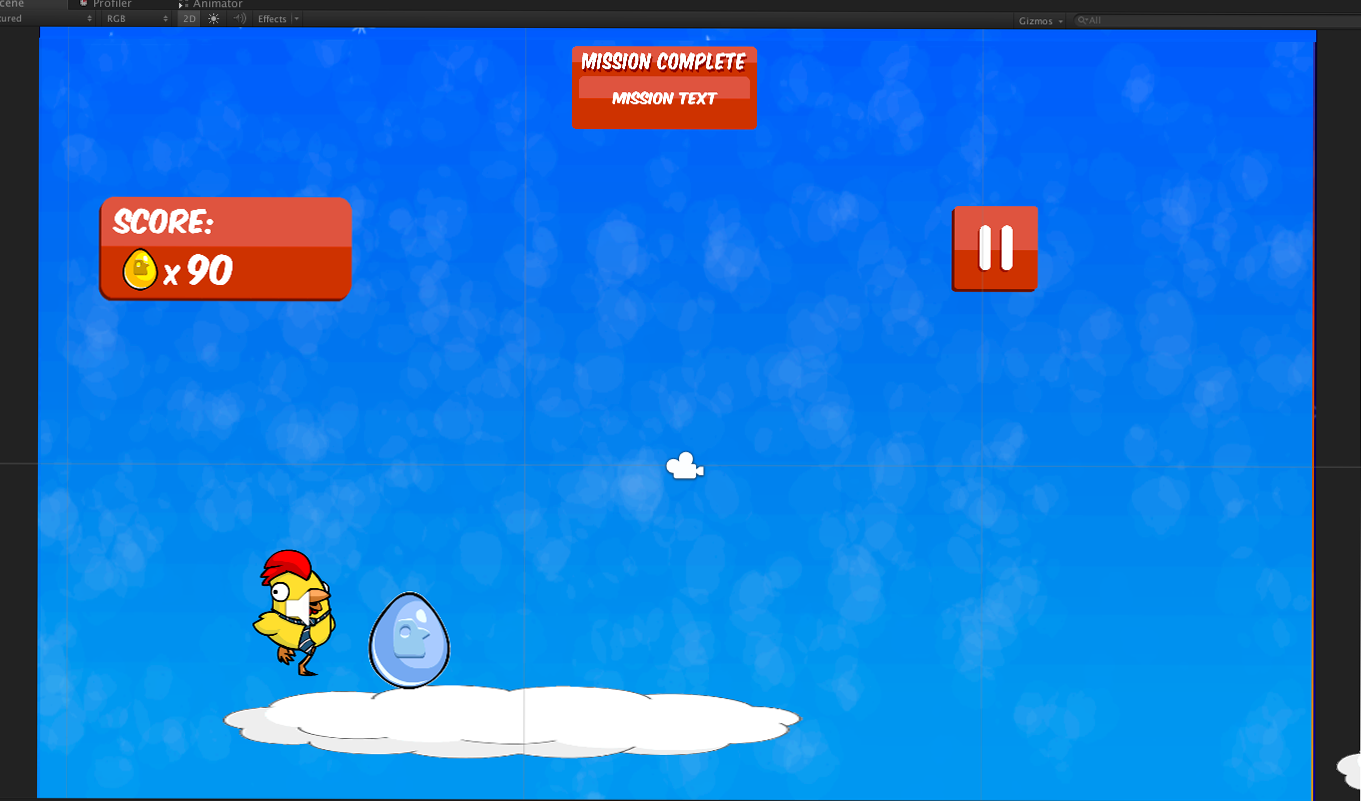 We were soon looking at focusing the gameplay, working on enemies and working on menu integration. On the right is a look at some early development for the game, almost past the clipart stage (clouds are still using clipart) and moving into artwork created by the artists at troll Inc. As you can may notice if you play the game, some of the artwork has changed since this time, where we changed the background art, sorted out the UI, added in full powerup abilities and costumes and made the clouds to actually match the art work of the rest of the game.

After the first week of development all the art was completed for the game, and we could focus on getting the rest of the game working as we needed, making sure all controls were consistent, making sure all powerups worked properly and efficiently and getting some feedback. By midweek of the second week, all core functionality had been completed, with everything as we wanted, and the project had been left to work on another app developed by some local school children. However, when it came to play the game, it became apparent that not everything was working as we wanted. Things were falling apart and a lot of the game had to be rebuilt.

A lot of the problems came from using a new server that we weren't all familiar with that made it difficult to work on the same things as other people, as it seemed to struggle to merge all the files. It was left to one programmer to handle the problem, so as to work on one machine to remove any differences that occurred. After this point it took a further week to find and fix problems that arose and made the game what it is now and ready for release to iOS.

After sending the game up to the app store for verification, it was then built for android where the problems that arose were not too large to make it difficult to port over to Android, the same case applied to the windows phone build.

I have been playing the game on my windows phone for the last week, trying to get the best score I can, but so far I have only managed to get a score of 7618 but i'm sure it won't be too long until someone passes me again and I feel the urge to beat them and be the best. 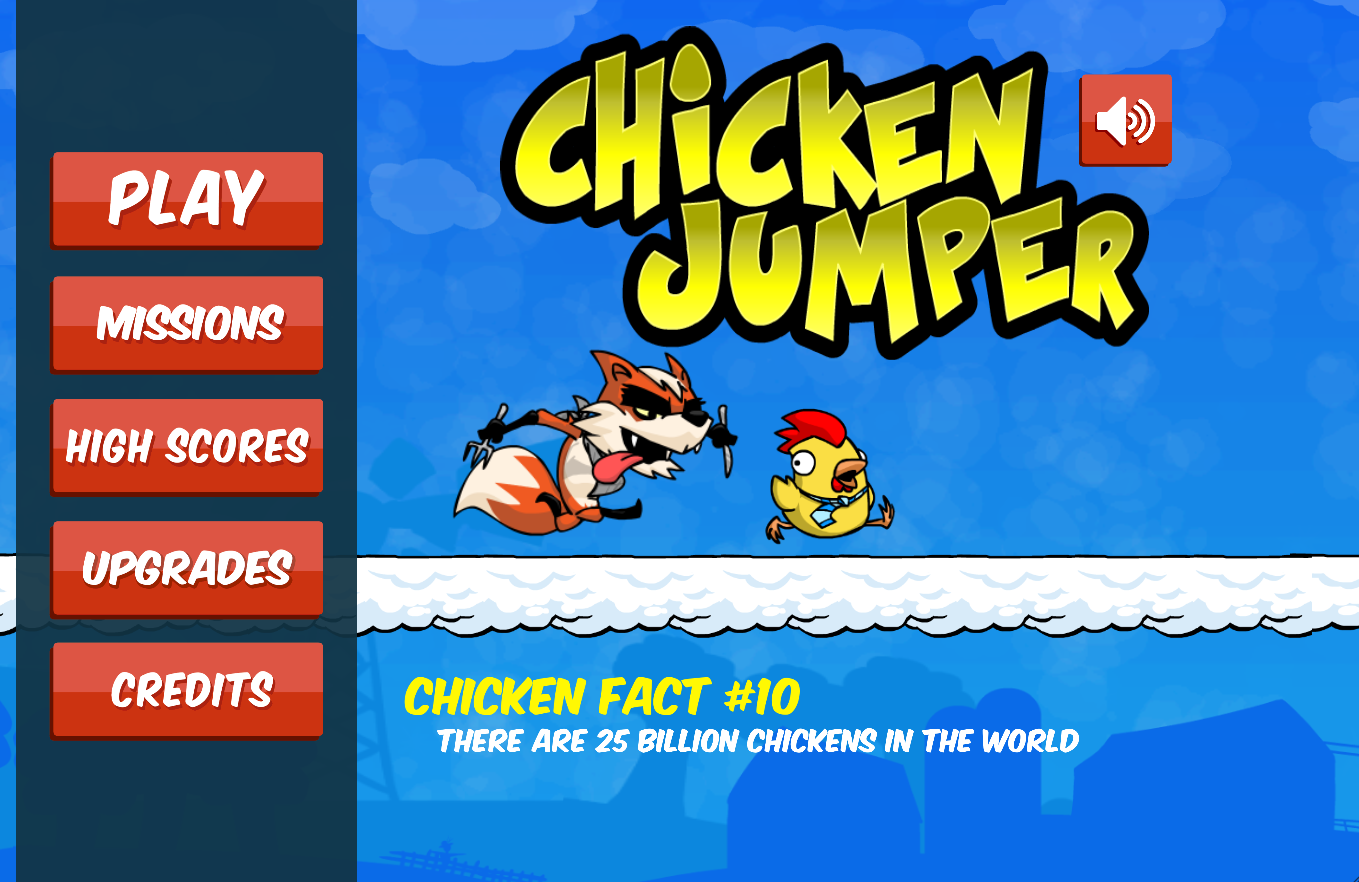 Go now and download the game, try to beat my score and try to be the best out of all your friends!

Posted by Felix Wentworth at 16:41 No comments: