It is now far enough into my final year and I have a solid background and development of my final year project that I will be able to mention exactly what I am doing and how far I have got into my project. As mentioned before, I am using the Oculus Rift for my project and am doing research on simulation sickness and its impact on the VR industry as it currently stands.

I have almost finished the development of my project and will soon be moving into the testing phase of my project, which I am starting to get quite excited by the concept. I will finally be able to see how what I have created will work for other players and test their limits to simulation sickness.

Whilst my project is still incomplete, I will not be posting screenshots or specific information, this will follow shortly after completion of my project and my report to go with it. Until this time, there will be limited updates about the progress, but I will be sure to update as soon as possible.

The project however has had an unexpected effect on me, whilst looking to create simulations where the player feels the most nauseous, this has meant that through personal testing, I have made my own experiences of feeling sick using the Rift more common. Hopefully, exposing myself to simulation sickness, I will get used to it and this will in turn have a positive impact on my experiences, Hopefully...

Frozen Fishy out.
Posted by Felix Wentworth at 00:23 1 comment:

For almost as long as I have worked at Troll Inc there has been development of Grand Theft Seagull actively taking place with varying amounts of programmers and artists working on it. I have a very short experience with this project with my participation only lasting almost 2 months.

Grand Theft Seagull sees the player take control of a seagull flying through the streets and causing havoc in the only way it can, by stealing food and making a 'mess'. The game features multiple environments from streets to sewers and many obstacles and people that will try to stop you. Collect coins and powerups to create more havoc and get a higher score, upgrade your seagull for better powerups and see how long you can survive.

When I joined the project, it had been moved around, re-written and the core gameplay had massively changed from the original game design document to make it play better. The game itself at this stage was good, just not finished, and I was given the task of finding problems to fix and to make sure that our players will want to come back. I was new to the project and I found that where the game was fun, there was nothing that made me want to come back for more, after a few plays I was happy with the game and would leave it.

After looking around at ways to make people come back for more, it was decided to add collectibles to the game and daily challenges to give the player something to aim towards. Once I had gotten the daily challenge system in the game and got the collectibles made up, we wanted to make sure that the player was rewarded for their efforts and so that not all their collecting and challenges they completed were in vain, and so we added in leveling up.

Whilst I never had a big part in the development of Grand Theft Seagull, I am familiar with the project and have seen the troubles it has faced. From running slowly on less powerful devices to having to change the game to make it play better. The game has gone through many changes over its long development, but it plays well and is much better than the prototype from January 2014.

Grand Theft Seagull was released today on iOS, Android and Windows Phone, it's free to play and I truly believe the game is enjoyable and the effort put into the game really shows with the level of quality of the finished game.

Posted by Felix Wentworth at 13:57 No comments:

I have had my Oculus Rift DK2 for a little over 3 months now, and due to several factors, I have been unable to truly experience it properly until recently, When I first received it, I had a problem with performance and would struggle to run even the simplest demos at low quality, but after upgrading my computer over the holidays, I can now run decent games and experiences. The other main factor was time. I was spending most of my time either working at university or working at Troll inc, not giving me a lot of time to sit back and relax and really appreciate the Oculus Rift. 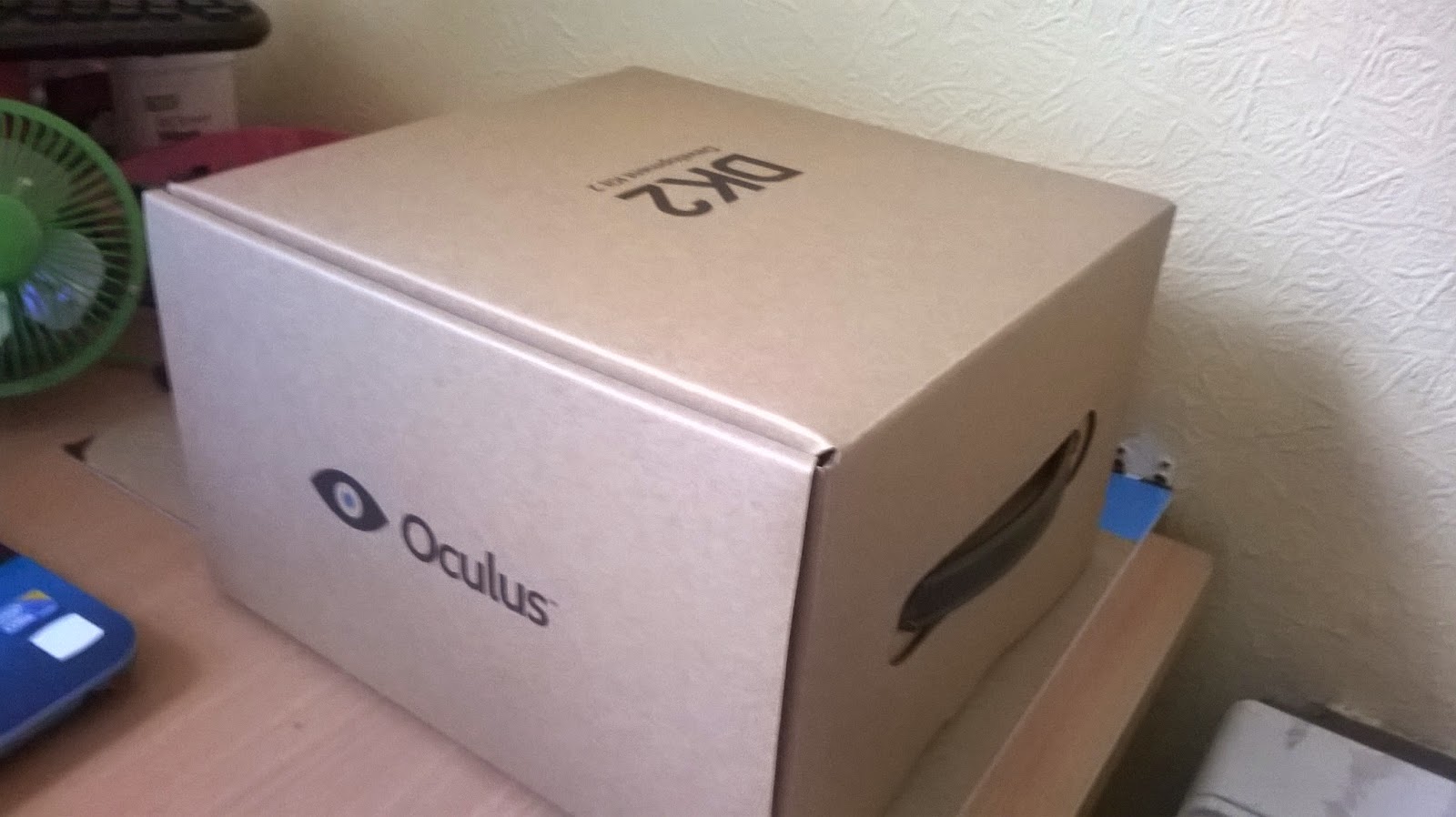 My overall satisfaction of Virtual Reality (VR) is very high and along with my final year project at university using the DK2, I am even more excited to start development with the headset. I have tried a few demos over recent weeks with a few standing out above the rest. With a simplistic setup the Rift is easy to travel with and pack away easily, and is very comfortable to wear.

There was little discomfort I faced when using it, first, was in the Tuscany demo and similar experiences where I was seated and controlling a walking player. The problem for me was not the movement of the player, but moving my head when moving and stopping movement makes me feel slightly nauseous. The other feelings of discomfort came from playing for too long, where focusing on the screen started to cause eye strain and I had to stop before I gave myself a headache. 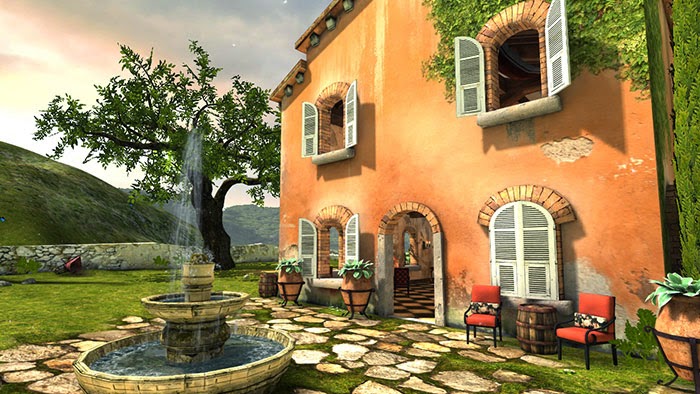 Over time I am getting used to the movement and the immersion, but before then, I will ease myself into walking games and demos to help myself get used to the experience. I can tell that there is great potential in Virtual Reality, with great experiences and great reactions from people I have had play with the DK2. I do, however feel that with slight problems with VR the potential has not peaked yet.

The possibilities of VR are great, from truly immersive games to helping people overcome phobias, the potential future has begun to really excite me, being too young to have experienced the early rise of VR in the 1990s with the Virtuality Systems, the idea of Virtual Reality is new to me and every experience I have is new and exciting.

Some of the demos I have played have been really interesting and fun, I generally don't play horror games, so have not gotten round to playing any of these yet, but I'm sure I will eventually. I downloaded the standard demos; the cinema and the rollercoaster, both of which were really good but I soon found the frame rate to be a problem on some rollercoasters.

Recently there are 2 games/experiences that I truly love, the first is Euro Truck Simulator 2, having played this game before the release of the Rift, I was excited to try it out, and the freedom it offers really adds to the game, however, with the low resolution, I felt that some aspects were hard to read and the constant focus was causing a lot of strain. 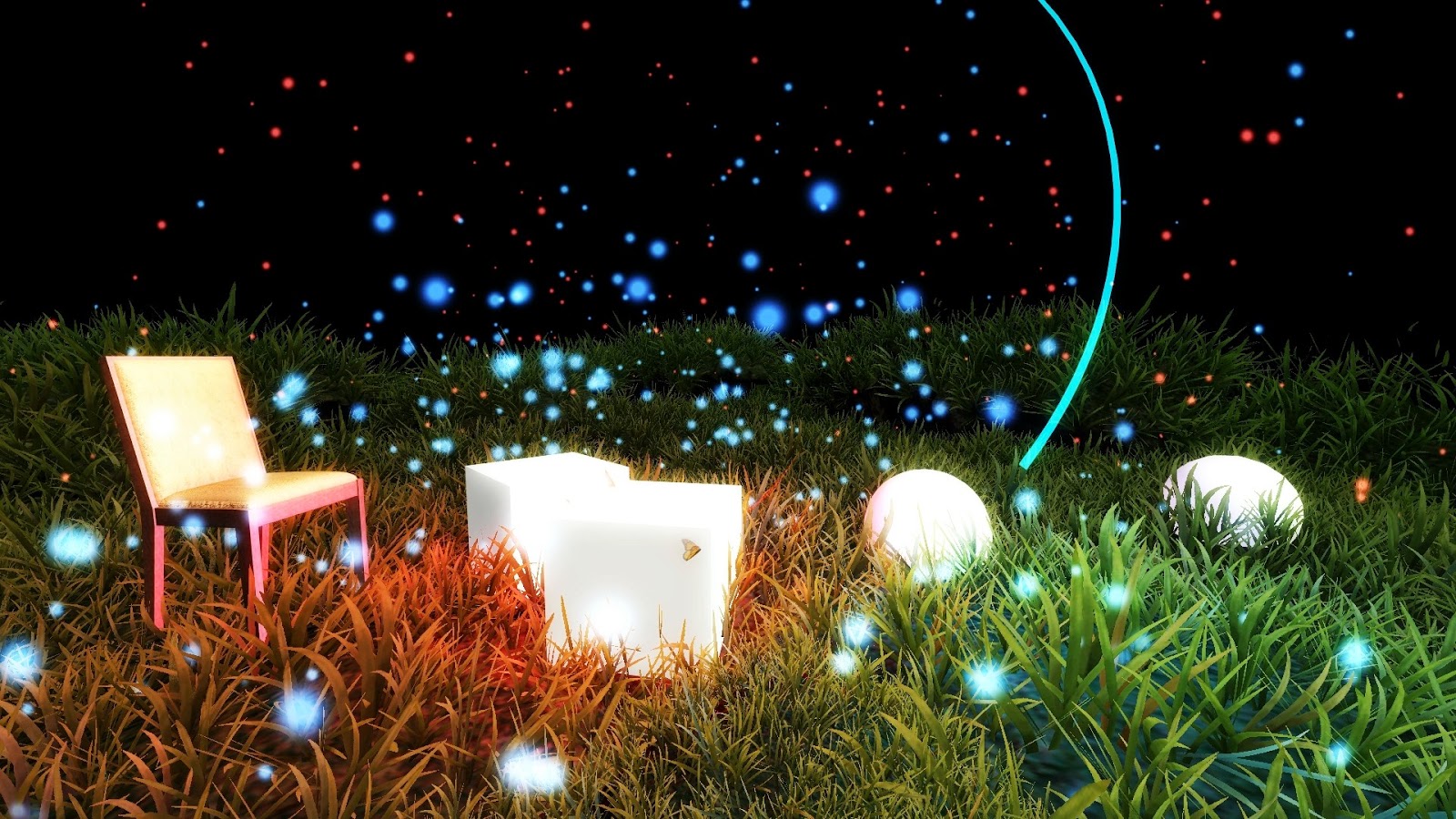 The second, is an experience that I have had great fun with and had some great reaction. SightLine: The Chair is a game where your environment changes when you are not looking at it, the great idea is backed up by some stunning art and scenarios that take your breath away every time. This game has been green lit on Steam and will be releasing a full game, which I am really excited about.

My experience with VR has been hit and miss over the last 3 months, but with the enjoyment I have felt on polished games, I am sure that VR will go from strength to strength as more time is spent on big titles. I feel like VR as a tool for developers will help to bring imagination closer to the player in a new and exciting way. Over the next few months I will be starting development on my Oculus Rift games and experiences and there will be updates to follow.

For now, I will explore games with the Rift and look for interesting and game breaking features to help me in my development. Any suggestions of games will be appreciated as I look for new different games to play.

Frozen Fishy out.
Posted by Felix Wentworth at 12:45 No comments: