Before I start talking about the two days and what happened I am going to give you a quick introduction to the whole thing...

What is Gamecraft 2013?
Gamecraft is an event that was held in Derry/Londonderry where game developers came from all over to spend 24 hours making a game based on a theme. The event started at 19:00 on Friday 13th September til 19:00 on Saturday 14th September 2013. Then the judging would begin on the games and awards would be awarded for creative and great games. The Theme would be announced at 19:00 on Friday.

The Event
I arrived at gamecraft at about 7pm, with my bag full of energy drinks and sugary foods I signed in and found my team. Our team was Troll inc, probably because we all came from troll inc, our team was comprised of 6 people, 5 of which currently work for troll inc and one which used to work for the company and came for the event. Our first problem was to find power for 3 mac minis and 3 macbooks. So we had to have a last minute run to a shop to get extension leads to create an unstable fire hazard under our desk.

"Reality becomes a prison to those who can't escape it"

So the 6 of us huddled around and started throwing ideas down onto the table for what we could make to fit the theme, admittedly some were not the best, but we were struggling with the theme for a while. We eventually figured out a game idea, but will get to that later.

After half an hour sleep, the sun finally rose again and some of our team returned, so we looked at what we had left to do and worked our way through the work. We even had a playable game we were happy with 3 hours before the end. So we cleaned it up and made it play smoothly.

We have a game! 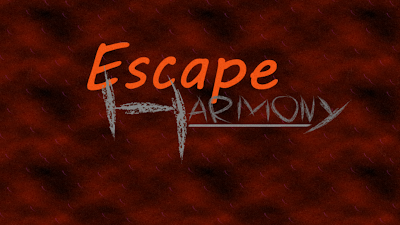 Our game is is about our character who is in a mental hospital  who is living in a grim world, and he does not see a simpler way out of the his dull and dreary reality. The player needs to find ways to inflict damage on himself as these lighten up his world. So your objective is to escape your world and find a happier place, and the only way the character can think of doing this is by killing himself

The game was made in unity using C# Scripting and could be played with both a gamepad and with the keyboard.

After a long 24 hours and wanting a rest, we finally get one, we get to show our games off and play everyone else's. There were some great games out there and was impressed by some of the new stuff coming from the Wii U DevKit. There is a full list of the games made here

We did manage to get an award for our game and we were given a certificate and a gift code for the adventures of shuggy.

The experience as a whole was really good, the group of people and the sponsors were all really friendly and happy to talk. The night of fighting sleep deprivation is an experience I don't want to repeat too often, but is one that I enjoyed. Living off of free food, energy drinks and coffee and then fighting going mad through the 24 hours was a wonderful experience and spending it with other like minded people made it even better. Being able to create a playable and now award winning game in 24 hours is a great feeling and one I would love to repeat.

It was great to see Nintendo and Riot Games at gamecraft and speak to them, they were really friendly and welcoming even at the early hours of the morning, I really don't know how they stayed that happy and upbeat throughout the whole event. Both Nintendo and Riot games also gave away plenty of free stuff and that is always a good thing. 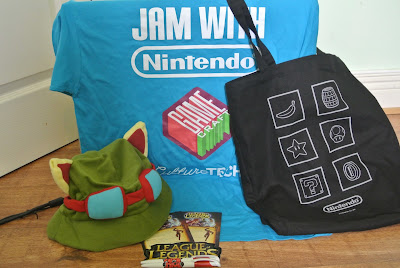 You can play the game on this link
http://troll-inc.com/Games/EscapeHarmony.html

Posted by Felix Wentworth at 14:18